Living in our apartments in West Chester, PA, means having easy access to one of the best neighborhoods in Pennsylvania. And, the amazing amenities and comfortable, safe living at 124 Marketplace make the complex one of the best locations to live in all of West Chester. Checking out our Facebook page will give you a glimpse at how beautiful the neighborhood and our building is, but we don’t blame you if you still have some questions the town as a whole, especially if you’re planning on making the move to West Chester. Here’s a few stats, numbers and demographics, so you have a better idea of the (lovely) place you’re considering living in:

With an estimated 19,200 residents, West Chester is small enough to offer a small-town lifestyle while still having enough people to attract all sorts of shops and restaurants. Of this population, 46.9 percent are male and 53.1 percent are female; the percentage of the population that’s married is 24.6 percent which is coincidental because 24.6 is also the median age of the population. The average size of a family is 2.95 and the average number of people per household is 2.31, which is the perfect size for one of our spacious West Chester apartments. There are a total of 6,541 housing units in all of West Chester, and at 124 Marketplace, we still have 20 percent of our units available!

Of all of the housing available to purchase in town, the median home price is $140,000. When it comes to earning money here, the median household income is $45,141 while the per capita income over the past 12 months is $24,281. The number of people who are a part of the labor force is 69.3 percent, which is higher than the rest of Pennsylvania (which is at 61.9 percent), and the percentage of families who live below the poverty level in homes and apartments in West Chester is 9.8 percent.

There is a significant amount of attention paid by West Chester’s population to education. There are just under 1,000 children enrolled in elementary schools, 523 enrolled in high school and 5,968 who are in college or graduate school – which shows the attraction of nearby West Chester University. Of everyone living in West Chester, those who have graduated high school and stopped studying are at 22.9 percent and people who ended school after receiving an associate’s degree make up 5.2 percent of the population.

When it comes to higher education though, West Chester’s population really sets itself apart from the rest of the state – where only 14 percent of Pennsylvania have earned a bachelor’s degree, 25.9 percent of West Chester residents have earned one. The story is also similar with graduate and professional degrees – across Pennsylvania, only 8.4 of the state has earned one of these upper education degrees. On the other hand, a much larger portion of West Chester has earned a graduate degree or higher with the number being at 13.1 percent.

When you are ready to make the move to this wonderful borough just outside of Philadelphia, contact the team at 124 Marketplace by calling (610) 696-5687, scheduling a walkthrough, or applying online. There are no better apartments or condos available in town, and West Chester really is one of the greatest small towns in the country. 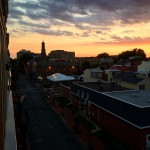 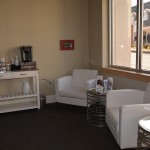 124 Marketplace Builds a Community within the West Chester Apartment Complex