As the lyrics of the song go, “It’s the Most Wonderful Time of the Year”, and everyone shares the exact sentiment about the holiday seasons, especially because it gives everyone an excuse to indulge, share love, and go crazy with gift shopping. It is also the time of the year for West Chester’s Old Fashion Christmas Parade. For residents of our apartments in West Chester, PA, it is also a time for a double celebration.

For this year 2016, the parade and street celebration is scheduled on December 2nd starting at 7:15pm. The West Chester’s Old Fashion Christmas Parade is one of the most awaited events of the year, next to Christmas itself. With the celebration aired on QVC on Christmas Eve/ Christmas, watching the show is often considered one of the highlights of the night.

This year’s parade is promised to be a different experience, according to organizers. Apart from the seasonal mix of traditional elements, a modern twist has been added, giant balloons including a toy soldier, reindeer and more. Due to that, expect to see more than just floats, marching bands, and the antique vehicles that have become a vital part of the event at apartments West Chester, PA.

The 37th Annual QVC West Chester Christmas Parade will be hosted by returning Master of Ceremonies Adam Joseph from 6ABC, and co-hosted by QVC’s very own hosts Carolyn Gracie and Dan Hughes. It’s going to be a day and night to remember.

In addition to all these festive activities, local organizations and businesses all over town host fun events. At 124 Marketplace we are no different, and take pride in our residential community. Each year, we host our annual Christmas Parade Open House for residents and friends to celebrate in the lobby. There will be food from Rize Pizza (opening at 124 Marketplace this Spring), sandwiches, a dessert tray,  Victory Beer, Chadsford Wine, a special holiday drink, and much more. We transform the lobby into a Winter Wonderland full of decorations, lights and fun.

The day’s festivities will begin with the Jingle Elf Run, currently in its 8th season. There are races for children, a one-mile walk, and a two-mile run, which all combines to make for a fun family affair. The Jingle Elf Run is scheduled for 6:30 p.m. Every participant who registers will get a complimentary jingle elf hat. Prizes await for the winners, including an award for the best-dressed elf.

West Chester’s Old Fashion Christmas Parade would be incomplete without the free fun that everyone can enjoy. Set in the holiday village, right in the heart of town. You won’t need to look far for complimentary treats and entertainment for the whole family. Just listen to the sound of laughter. The Holiday Village is open from 5 in the afternoon until 9 in the evening. Think of it as an after-parade affair.

What’s a parade without a marching band? There’s a total of 19 participating bands from high schools and universities. The bands are ready for this year’s 37th Annual QVC West Chester Christmas Parade. It’s a record-breaking number that guarantees a merry and musical Christmas parade.

In conclusion, the West Chester’s Old Fashion Christmas Parade is one of the most exciting nights of the year. Everyone here at 124 Marketplace can’t wait for this Friday Night! 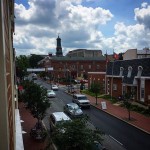 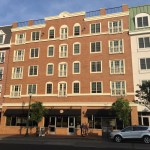