Life in the West Chester Borough apartments are more than just a place to live, it is a place to embrace life. When you live at 124Marketplace, you’ll be in a place where you are surrounded by a host of restaurants that offer foods to suit any palate, plenty of attractions to keep you occupied, and much more.

If you’re a person that loves to delve into the annals of history and embrace the cultures of the past, you’ll really appreciate your ideal location.

Located at the site of the 1787 Bedford Court House, the historical museum is a must-see for anyone in the West Chester area. The old courthouse was fully restored to its former glory in 1970, and today, it is used as a historical museum where visitors can see exhibits that date as far back as the late 18th and 19th centuries.

You will be standing in the same spot as many well-known names in history; people like Thomas Jefferson, Aaron Burr, and John Jay, the first chief justice of the United States. You can even spend some time in one of the old jail cells where some of the worst criminals in history had to be housed at one time or another.

On another day, you can visit the old house located at 937 Post Road. The Cudner-Hyatt House has been standing in that spot since before the days of the revolution. At one point, it was even in jeopardy of being demolished, but a community dedicated to history launched a campaign to save it. The campaign was a success and it went through an expansive restoration process during the 70s and 80s. Today, it is a museum that gives you an accurate picture of 19th-century life in West Chester. You could also experience a real living history when you visit the 1828 Quaker Meeting House right next door.

There you can explore the history through the pages of the numerous articles kept on file along with a documentary video, educational programs, and many more exhibits that will give you a close-up view of what the past life in Scarsdale was really like.

Don’t forget to carve out some time to pay homage to one of the area’s greatest figures of the 19th century. Horace Greeley was a man of vision, but it is not likely that his views ever included the controversy that really surrounded his home. Built in 1852, the house was at one time slated for conversion to luxury apartments. He would have probably rolled over in his grave if he knew that. But as luck would have it, town historians would have none of that. They had to put up quite a fight to save it. In the end, it was established as a museum and the primary headquarters of their historical society.

It is evident that living in the West Chester area will put you in close proximity to lots of historical sites. If you’re a real history buff, there are a few places that you will appreciate more. Don’t limit yourself to historical sites near West Chester Borough Apartments at 124Marketplace, check out our map on the link to get an even more in-depth look into what is offered around the area.

?> Why Living at 124 Marketplace Is Smart, Fun & Affordable! 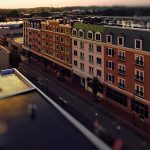